Virtual Reality Technology has become one of the world’s most interesting topics. Not realistic, but the real-world thinking and science-based imagination are called virtual reality. It is like a dream seen in our sleeping night, but with the blessings of modern science, it should do see that the dream is touched. For many years, VR has been at the center of negotiation in the technology world. Technology, Facebook, Samsung, Microsoft, etc. have already been associated with this technology.
Large companies like Samsung, HTC, and Akulas Rift are doing research on virtual reality. As a result, Samsung’s Gear VR or HTC vibe came in the market. Google has built a virtual reality cardboard, which is very popular in many countries. One of the world’s most discussed live futures now is Virtual Reality. Many people have the curiosity about the virtual reality. Memozing.net will discuss the virtual reality today.

What is the virtual reality?

Virtual Reality is a computer-controlled system that allows people to connect or experience artificial three-dimensional sensible environments through modeling and imaging. The simulated environment in virtual reality can be exactly like the real world. In this case, the real-time experience is available from virtual reality. Sometimes the simulated environment may be different from the real. Such as Virtual Reality Games. In this, it is possible to work extremely difficult by creating three-dimensional images.
The virtual reality is briefly known as VR. Through this technology, VR user virtual entered the world. In this world, he is believed to be living in the virtual world. Dreaming can compare with the matter. When we see a dream, we cannot see the things happening in the world, even when we are not present in the dream world. The strange events of dreams also seem to be trustworthy. But when we wake up, we realize there is something wrong. When VR takes us into the virtual world, it controls the four senses of our five senses, such as mouth, eyes, ears, and nose, which build credibility among us. The virtual reality’s environment can be either real or imagined.
Virtual Reality refers to the brain that you are in a three-dimensional world. For this, stereoscopic displays used. We know that with the help of our two eyes, we can accurately measure the distance of an object from the eyes. This technique used in stereoscopic displays. The same scene is shown to be two slightly different Angles. Besides, some more strategies adopted to make the scene real. 3D audio used to fulfill this experience of VR. The sound generated from the different angle in 3D audio, which provides a realistic output as far as possible.

The first significant development of Virtual Reality was in the 50’s. Morton Heilig invented a device named Sensorama. Sensorama had the ability to see, hear, smell and feel. He displayed five short films on this device. According to the short film scene, he used scent, wind churning, movement of the chair, steering, sound, etc. That takes viewers to another world. For the discovery of Morton Heilig, he is also called the father of Virtual Reality. Since then, the technology of virtual reality continues to improve, which has come to this position today.
After that, the use of virtual reality was unilaterally trained in military and government institutions. In learning to fight strategies or aircraft or ship, it started to give good results. Interestingly, the ‘Virtual Reality’ name still not started yet. In the 1980s, American computer scientist Jarron Lennie started the introduction of the first virtual reality world.
Some machines had made in the nineties, but then the discussion stopped. At that time the dreamers wanted to create a virtual reality for the work that had become somewhat difficult. In 2012, the Virtual Reality firm Okulas Vr announced the creation of a ‘wearable instrument’ called ‘Okulas Rift’, which will change the concept of gameplay radically.
Due to this instrument, the man himself will become a playback character of the game, who is facing the enemy or looking for a treasure. On March 26, Facebook announced the acquisition of Oculus VR for the US $ 200 million. Soon everyone was stunned. In this way, virtual reality comes to the center of the discussion.

Virtual Reality Device and how it works

Many types of devices have developed for full VR experience. One of them is VR Headset, Motion Tracker, VR Simulator, Head Tracker, Head Mounted Display, etc. Use of virtual reality on desktop computers requires a powerful computer. At least Intel Core i5 Psype and NVIDIA GTX 970 models of graphics cards are recommended to use VR in Steam PC. But most PCs are not so strong. But the KitKat operating system for Android ARO is enough.
To create a virtual environment, users have to wear head-mounted display, a Data Glove or a full body suit and eyeglasses. Headsets cover the eyes and ears and by this view can be seen and heard. Data globes associated with hand work for specific purposes. As a result, through this technology, artificially created a visual world, which works in high-level information exchange.
Traveling in Telepresence or artificial three-dimensional worlds is influenced by a motion controller sensor. The speed of the picture on the screen with the motion controller sensor matched to the user’s real-time virtual reality. When the speed of the user changes to the virtual reality, the speed of the scenes displayed in the screen varies. Thus, the virtual reality merges with the synthetic 3D world and becomes a part of the world. Again, wearing Data-Gloves with force-feedback gives touch feeling, and at the time the user can use it to pick or hold objects in a virtual environment according to their own will.

Use of Virtual Reality

Video game
Axial Rift and HTC Viva have created special headphones for virtual gaming. Sony PlayStation is also working on VR which can use in PlayStation without the help of the Computer. E-virtual reality variants of many popular games have found. The popular game Minecraft creator Markus Persson released the Samsung Gear VR in Minecraft Infusions Store in 2016. 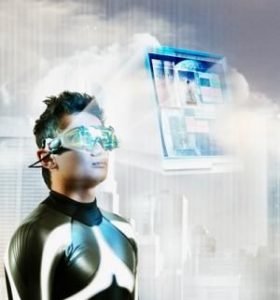 Movie
Virtual Reality allows you to see 360 degrees Angle in the movie. That’s why special technology cameras are used. Today various sports, events, etc. have been brought under the virtual reality.
Medical field
Virtual Reality in Microsurgery, Thoracic and Laparoscopic Surgery is the name of a blessing. Virtual Reality is being used to provide advanced quality training to doctors in the developed world. At present, SIST virtual reality laboratory training provided for surgical training. In this process, computer simulation is taught using various techniques of stroboscopic management. As a result, beginner’s doctors have gained the experience of actually working in the operation theater in a simple and convenient way. In a very short time, skilled doctors are being trained efficiently through this.
In the virtual operating room, students were able to practice strategic skills, operations, and therapeutic issues. A surgeon can use surgery using a simulator without any type of accident. Those who are realistic, they can give them some pleasure. Using VR to reduce pain. Scientists have researched that during the use of VR the patient’s brain remains in the VR, which removes the feeling of pain.
Driving Training
Nowadays driving is being taught using Virtual Reality. Various types of Virtual Reality Driving Simulators have developed due to low-cost micro-computer technology being available. The driver has to sit in a particular seat for driving simulation through computer simulation. The driver’s head-mounted head-mounted display shows the interior of the vehicle created by the computer and a model of the environment in the surrounding streets. It connected to a head-tracking system. As a result, users receive 360 degrees of internal and external parts of the vehicle and are in a computer-generated environment.
Military
Flight simulators have been used for military training for many years in the military. After 1980, The military started using virtual reality. As a result, training costs and training related accidents and losses reduced. It is possible to further improve the existing flight simulator by using virtual reality. Apart from the virtual reality, simulated wires will provide much more practical and better training to the soldiers. It is showing how the injured soldiers will be made to combat the situation. Virtual Reality is contributing to various military skills such as firearms, submarine driving, aviation, etc.
Business
It is possible to make information and communication system easier by using virtual realities in business. Virtual Reality user will not need to find information on the computer desktop with file cabinet; Rather the user will be able to open the file drawer and arrange the files manually.
Education
Students can deeply solve the problem through Virtual Reality by reducing the cost of expensive labs of engineering or applied science. Its use is particularly versatile in plans or stages. Because of the use of virtual realities in geography or foreclosure classes, classes are becoming alive. Even going back to the history class, in the old day’s view. Since the virtual reality comes out of sight, it can say that the day of memorandum disappeared from the learners! Its use in computer games or movies is so broad that without virtual realities, it can not be thought of anymore.
A report of technical trends of technology web portal Digital Trends said that the results of the study showed that 20 percent of what students listen to, 30 percent of what they see and 90 percent of what they did or imitated. Students can adjust to artificial environments and can carry the contents of it. It supports the ‘learning by doing’ process and encourages creativity.
Aerospace Research
Every episode of the Space Expedition has many types of risks. Therefore, Virtual Reality has made special arrangements in the field of training about all issues related to navigational operations. NASA is playing an important role in the field of space research. The company has implemented virtual reality in its operations. Under the computer simulation, it trained about the environment of the atmosphere, how the airplane will dissolve in space, and how it can be efficient, how to fix a machine if it gets destroyed, etc. So, the astronauts can learn how to manage research before the expedition in space. And their journey to space gets much safer and comfortable.
Useful for drug affected people
The use of virtual reality technology in the treatment of drug addicts, especially those who are addicted to heroin, is quite effective. It will play a helpful role in removing their addiction. A recent study by the University of Houston has revealed. Researchers at the University of Houston researched the use of virtual reality therapy (VRT) in the healing of drug addicts. Researchers have claimed that the VRT can help to remove the addiction of heroin addicts. Researchers created a three-dimensional environment using eight inferior cameras, where a person with treatment could take the feeling of drug intake.
Architecture and construction industry
Architects can design a building through Virtual Reality and actually make its imagery possible before building construction. It shows how the building is going to make and it can easily catch if any errors detected. In addition to the use of Virtual Reality in almost all areas including business, and industry, it is worthwhile.
In this way, virtual reality is playing an important role in almost every field. Virtual reality is one of the great and interesting topics of the 21st Century. In the modern world, it influenced in every way, and its range is expanding day by day. So, we can say that Virtual Reality was a great invention.